The steward serving me told me that there were only 25 passengers on the return flight from Frankfurt to NY!

It had been 15 months since I last saw my 10 yr. old grandsons and so even though the coronavirus had started to raise its ugly head in Italy, I still chose to fly to San Francisco on Feb. 27th and take my chances. A young woman from Stanford University was also on my flight as American universities had already begun to shut down their programs abroad and send their students back home. Almost no one was wearing masks yet, but I wore gloves and applied neosporin to my nostrils to ward off germs on-flight.

Lockdown in Marin county began on Friday, the 13th of March, with schools letting the kids out early, announcing that they would be closed for the next 2 weeks. The national news stated that it was the most severe lockdown in the U.S., anticipating consequent lockdowns by a full week. Social distancing, masks, gloves and washing hands were recommended but not obligatory. Non-essential stores were closed and people started smart working from their homes with most travel being cancelled although my son had to fly to Hawaii for work because the firm he counsels refused to cancel. Over the weekend, San Franciscans crossed the Golden Gate bridge in droves to hike the trails in the parks and along the beaches so new regulations were imposed closing the beaches and some of the parks. You could still frequent some parks as long as you got there on foot or bike, but not by car. We were fortunate to be able to hike the hills at Ring Mountain, a 20-minute walk from the house and another park along the bay.

Two days before my March 14th return flight to Florence, my flight was cancelled because Peretola closed on the 13th. I finally managed to schedule another flight on April 20th, but a few days later, it was cancelled also. I was told repeatedly that the earliest flight into Florence was on May 4th, but I didn’t want to wait that long as I knew that I would be in house quarantine for 14 days upon my return. So I opted to fly into Rome instead. All flights to Europe flew out of JFK or Newark. With NYC being the epicenter of the U.S. pandemic, I really wanted to avoid NY, but had no choice.

We are an active and varied group of women choosing to live outside of our “homelands” Talk to one of our board members about join us for support, practical  assistance, local know how  & some great laughs

Original and helpful content  from experts within our group, guest speakers & so much more. We publish a wide range of articles, ranging from dental care, to exercises and “benessere” and business tips like how to make an elevator speech or how-to-create a content calendar. Check out our blog articles:
Click here
Check out Laura's Member Page 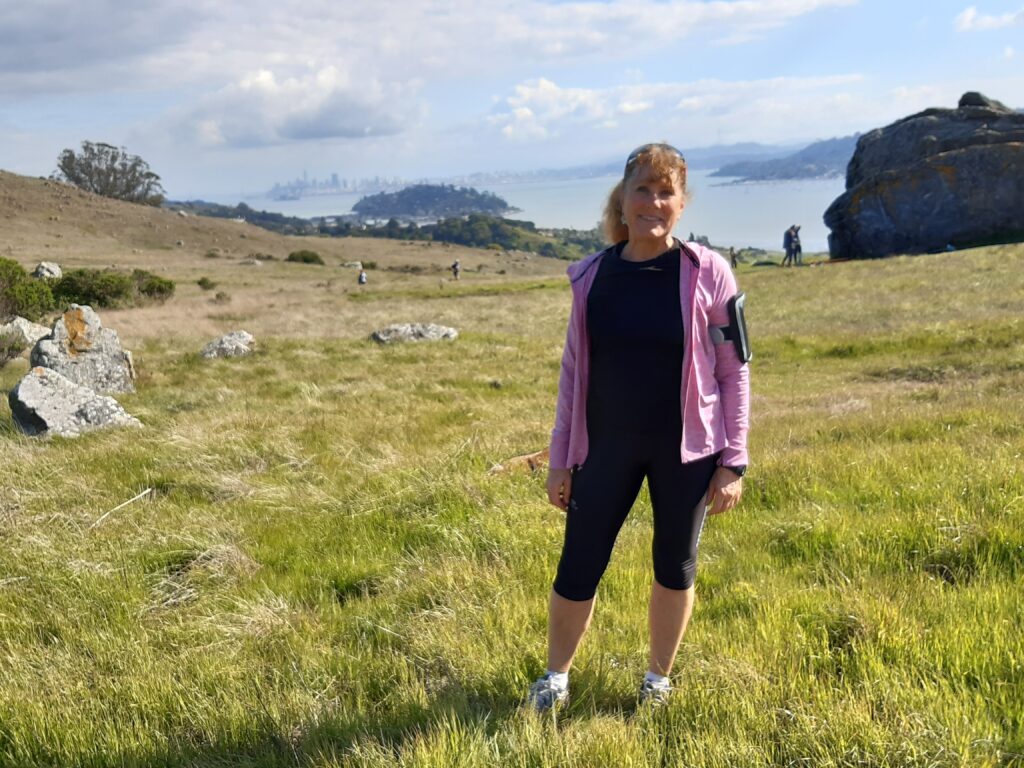 On April 18th, my son drove me to the S.F. airport. All the stores inside were closed. It was eerie to see it so deserted. The flight to Newark was not full. Almost everyone wore a mask and many wore gloves, too. The atmosphere was somber and very subdued. The Newark airport was also very quiet, with most stores closed and people social distancing waiting for their flights. There were only about 100 passengers on the United flight to Frankfurt so in my section of the plane, everyone had an entire row to themselves. No special meals could be ordered in advance, but the choices were meat, vegetarian pasta and vegan which covered the bases for individual dietary needs.

The steward serving me told me that there were only 25 passengers on the return flight from Frankfurt to NY! We arrived early in Frankfurt and then I had a 6-hour wait for the flight to Rome. A few coffee shops in the Frankfurt airport were open, but it, too, was a ghost town except for travellers like myself who had a necessity to fly. The only flights to Italy were to Milan or Rome, with just one flight per day to Rome. The flight was full and many of the Italians boarding were not following the social distancing etiquette that I had seen respected up till then all along the way.

It was a relief to board my last flight. Upon arrival we passed a body scanner checking our temperature and had to fill out a government form regarding Covid 19 stating where we had come from and our final destination. As a person entering from outside Italy, I was not allowed to take public transportation. A family member in your same residence could pick you up or you could rent a car or take a taxi. I reserved a NCC taxi which drove me to Bivigliano for 400 euros.

Upon arrival at home, I was required to go on-line and report to the Italian health authorities of my arrival and begin my 14 days of house quarantine. It took me over 30 hours from leaving my son’s house in Tiburon to arriving home in Italy.

I am now back to work at my Bodyworks gym which was allowed to open on May 25th. The stringent requirements are a dior challenge, but we are functioning again which is the main goal.

I am still processing this strange time we have all shared in our own personal ways. It was a huge blessing to find myself “stranded” with my son’s family during this weird time. My son is 48 and we had not spent so much time together since he left Florence to attend Boston University at age 19.

My grandsons, daughter-in-law and I have a wonderful rapport and now have many more special memories to share due to my extended time with them. Life is an awesome often mysterious adventure and I, for one, am truly blessed.