We have experienced a year unlike any other in our lifetimes 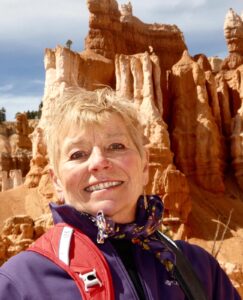 The first weekend of March, prime ski season in Colorado, for several years my husband and I travelled to Steamboat Springs to celebrate my birthday on the slopes.  Last year we enjoyed the resort in early March with skiing, fine dining, and a plunge in the nearby hot springs.  On the three-hour drive home, we tuned into a news program in which somebody called Dr. Fauci spoke about a new viral illness discovered in China and then Seattle, Washington.  Several days later Colorado experienced its own first cases of COVID-19.  On March 12 Denver schools closed for three weeks and the state saw its first COVID-19 death the following day.  The usually rowdy and congested St. Patrick’s Day parade was canceled, and Governor Jared Polis issued a stay-at-home order.  This thing was beginning to look real.

So, we in the US, as well as in Italy, have experienced a year unlike any other in our lifetimes.  We’ve learned new terms, ‘social distancing,’ ‘masking up,’ ‘touchless takeout’ and ‘virtual fitness.’  We’ve ordered groceries to be delivered, facilitated meetings via Zoom, attended religious services on Facebook, and enhanced our crossword puzzle and Sudoku skills.  Yes, many of us were known to whine and winge about the things we couldn’t do.

But optimists might look to the past 14 months as the ‘pandemic enlightenment.’  As a time of growth, new experiences, and improvisation.   The characteristic I most admire in Italians is “l’arte de arrangiarsi.”  The creative ability to improvise, make do, think outside the box.  It seems the entire world, being forced to employ l’arte de arrangiarsi, has evolved.

My household adopted a pandemic puppy who demanded two long walks daily in nature which turned out to be mental health therapy for her owners.  We reconnected with far-flung friends during Zoom Happy Hours.  Evenings began with discussions about what we might create for dinner, rediscovering the cucina povera learned during our years in Tuscany.  Puzzles, books long-shelved to read later when one had time, the rediscovered joy of baking sourdough bread and actually doing yoga or Pilates daily filled our days.

In sum, as I reflect on the past pandemic year, the temptation to portray it as a lost year, frozen in time, now fades.  As things open up towards a new normal, the past year surfaces as a year of growth, rediscovering lost things, indeed a year of pandemic pleasures.